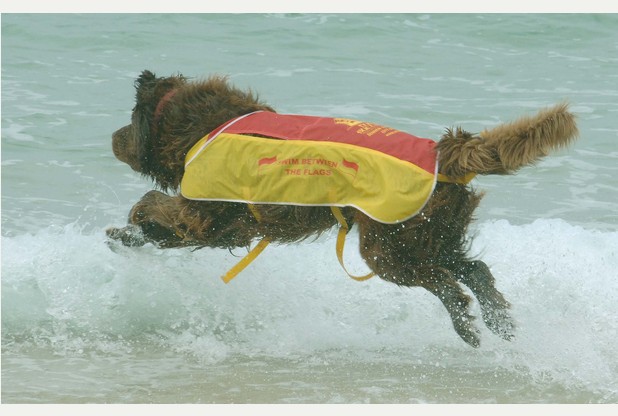 The Newfoundland who become famous as the Cornish lifesaving dog has died, aged 12.

The dog, named Bilbo, was known for patrolling the Cornish beach Sennen with his lifeguard owner, Steve Jamieson. Jamieson said: “My lovely boy slipped his moorings yesterday afternoon and sailed off without me. RIP Bilbo 2003-2015.” He added that he was ‘devastated’ by the loss. 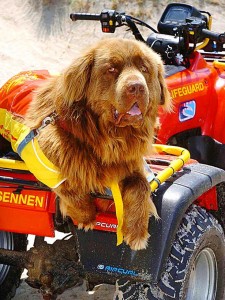 During his life, 14-stone Bilbo became the face of local school campaigns, helping to teach children beach safety skills and awareness. Several years ago, when a dog ban on the beach was introduced, thousands of outraged locals signed a petition to get Bilbo recognised as a working dog so that he could return to the beach twice a week. He became the UK’s first official canine lifeguard.

During his career, Bilbo managed to pull countless drowning swimmers out of the sea and was able to tell when the sea was too rough for beach goers to attempt to swim.

Tributes have poured in for the dog, who won Crufts ‘Dog of the Day’ back in 2009. The RNLI said through a spokesperson:  “Our condolences go to Steve Jamieson on the news that his dog Bilbo has sadly passed away.”