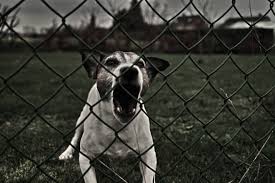 Most dogs display territorial behaviour to some degree, some take it to the extreme. Being overly territorial or possessive over the home and family can cause an issue in some cases, so it is important to recognise your dog’s own territorial instincts and assess whether or not they are appropriate.

What is territorial behaviour?

Territorial behaviour can come in many guises, and some forms are more obvious than others. Obvious territorial behaviour may be demonstrated by guarding and patrolling the home and garden to guard against the approach of other dogs or people, and acting as a deterrent to intruders.

Dogs may also be territorial about their family and handlers, and react negatively if another dog or person approaches them, or become clingy and pushy for attention if their human is paying attention to someone else.
Territorial behaviour over their possessions is also common and is known as resource guarding. This can manifest within the home if the dog is possessive about their bed, toys, food or other resources, and responds negatively if another dog, person or pet approaches their things. 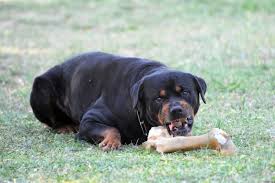 Male dogs in particular have a reputation for liking to pee on everything, and this is one of the most overt demonstrations of canine territorial behaviour. Urine marking allows the dog to designate the borders of their territory, what is theirs, and provide an indication and warning to other dogs that this space is taken, and not to intrude. 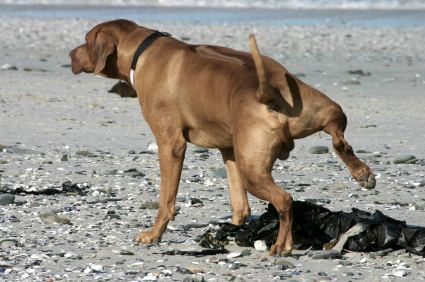 Territorial aggression
Dogs can display their territorial instincts in many ways, often manifesting itself as aggression. This aggression may be targeted towards other people, dogs or both, and is actually a defensive reaction rather than an aggressive one.
Territorial aggression may be displayed by common and simple behaviour such as barking at the sound of the doorbell, and assuming that your dog is under control and will stop when you tell them to, this does not generally become an issue.