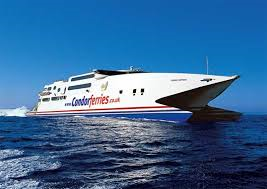 This Christmas and New Year we had a lot of travelling to do.

With my in-laws in Guernsey and family in Wales we knew that it was going to take methodical planning, great time keeping and a hefty supply of wine to manoeuvre our visits successfully.

We headed to Guernsey first for Christmas. You are not able to fly from London to Guernsey with pets; so as we were travelling with a dog we had to take a ferry from Weymouth to Guernsey.

On the 22nd December we headed down to Weymouth from Waterloo by train and boarded the 11am ferry. As we were without a car, our dog had to be crated on the car deck along with about three other dogs and a kitten (not in the same crate, you understand).

For the journey back, I decided to document travelling with a canine on Condor Ferries by foot.

We were sat in the disabled waiting area at the boarding gate to ensure that we could be boarded as a priority. Our wirehaired dachshund – Sawyer – was wonderfully behaved while we waited and garnered quite a lot of attention from staff and passengers alike. 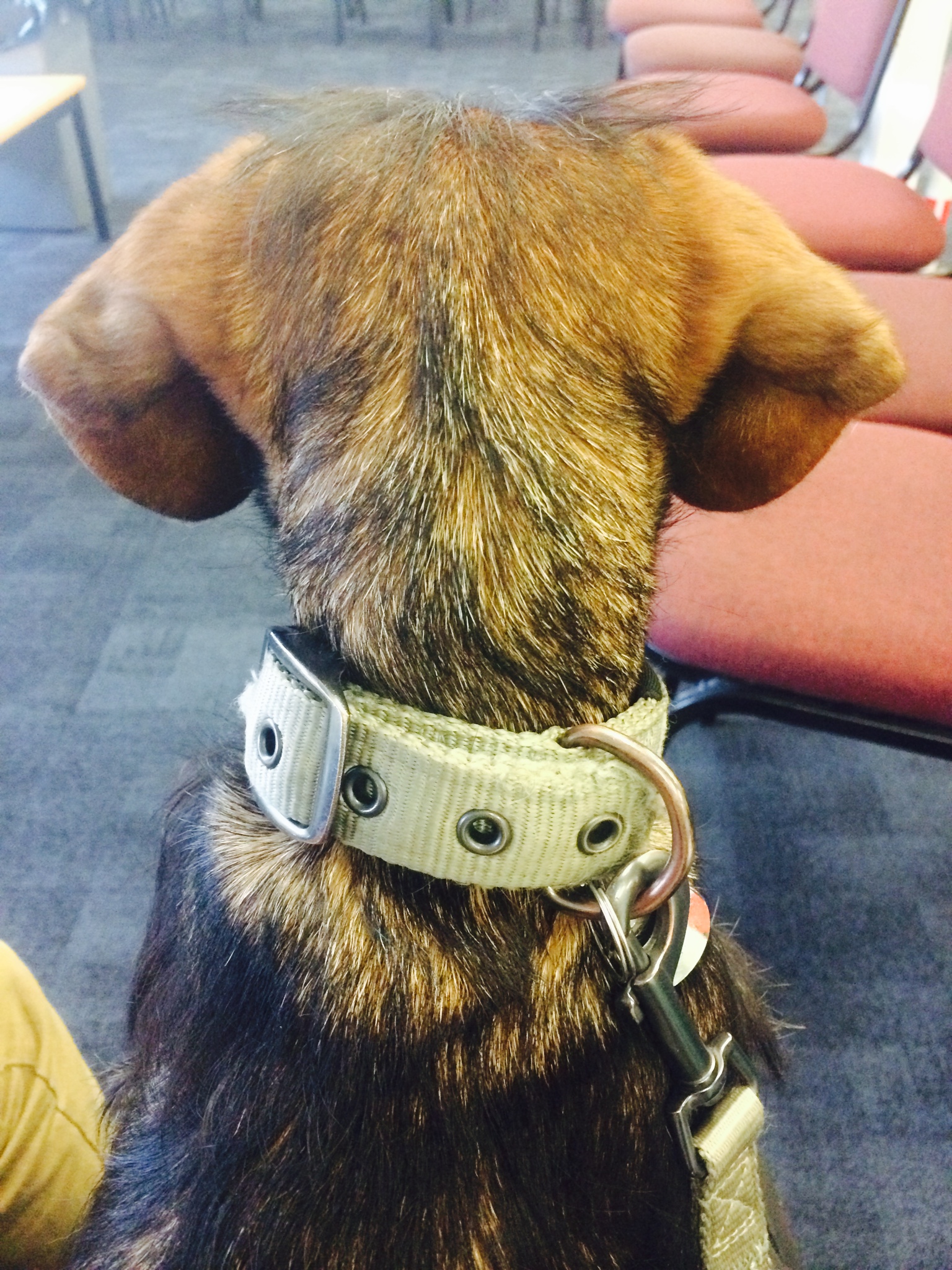 Once we boarded under escort we were shown to where S would be kept. The car deck was a lot more crowded on the way back and he was placed next to some rubbish bins, hosepipes and odd-bits.

We assembled his crate and placed it on the cushion that they provide you with – although the cushion protocol has yet to be explained to me in the four times I’ve travelled this way. 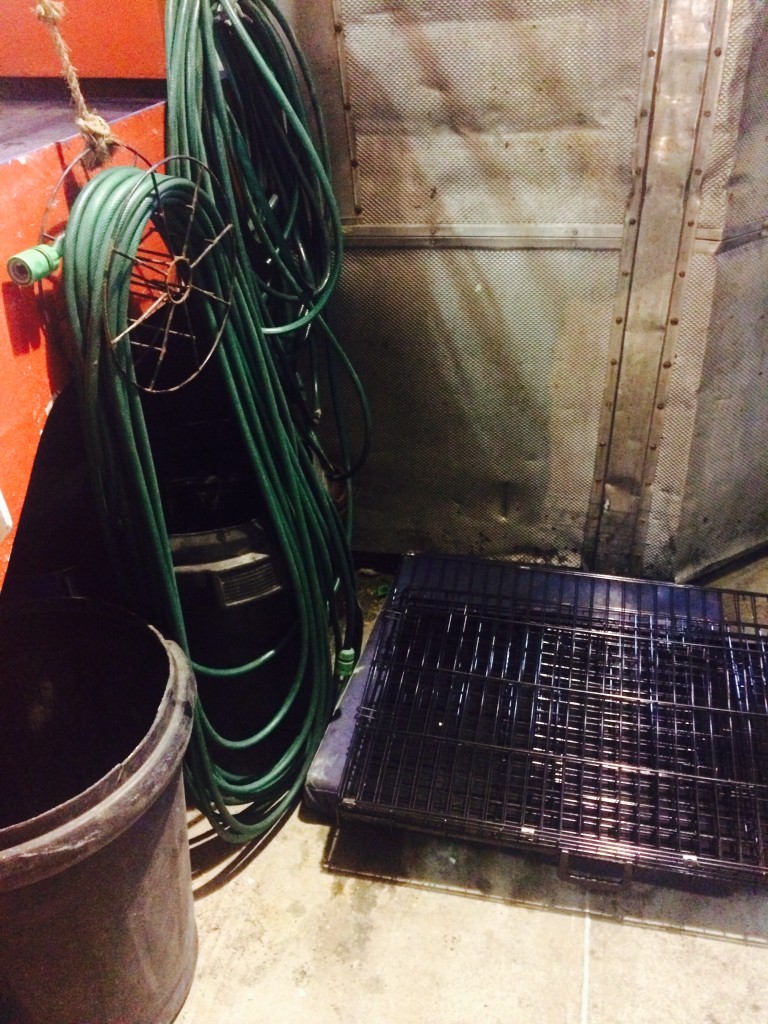 Surrounded by cars owned by people we have never met and certainly could not trust, we padlocked the crate shut.

A rough journey meant that we were unable to go below deck to check on him and so took the steward’s word for it that S was doing a-okay!

When car owners were called to return to their vehicles at the end of the trip we ventured down also. By the looks of things, S slept for the most part.

We took down his crate and carried him off to disembark. 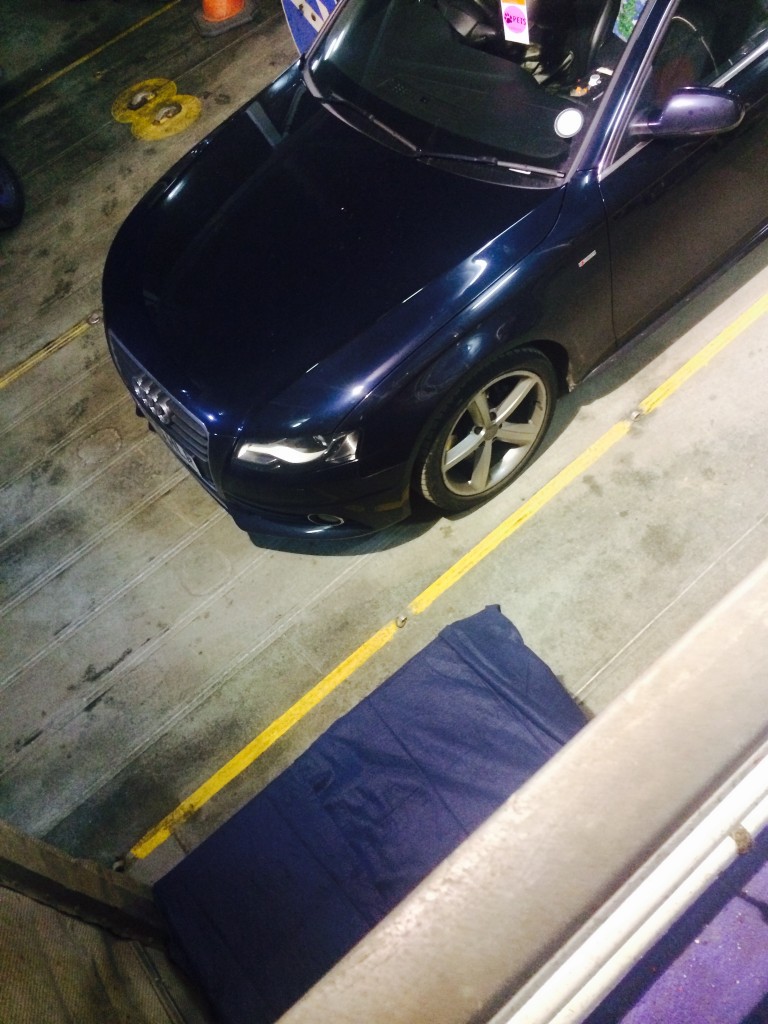 The crate is shown in the bottom left; the car shown is not ours.