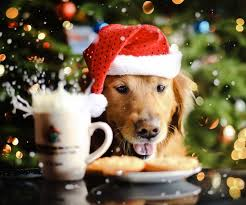 With Christmas just days away it can feel like a pretty lonely place for those of us not yet in the festive mood.

Christmas card upon Christmas card keep coming through the letterbox; only to be strewn across the house without a second thought. Never to grace the mantel piece.

Every Christmas jumper you see makes you seethe with silent rage at the audacity of people! How dare they shove their festive cheer in your face…Bah-Humbug!

So far you’ve avoided the mandatory trip to the ice skating rink, muttered under your breath at the Coca-Cola advert starting up on TV and done all of your Christmas shopping online.

Well, fear not dog-loving-Christmas-loathing people of the internet. I’ve gathered the following festive poetry that’s sure to convert any dog lover from Scrooge to Elf in just a few verses…

Dog tags ring, are you listening’? In the lane, snow is glistenin’. It’s yellow, NOT white I’ve been there tonight, Marking up my winter wonderland.

Smell that tree? That’s my fragrance. It’s a sign for wandering vagrants; Avoid where I pee, it’s MY pro-per-ty! Marked up as my winter wonderland.

In the meadow dad will build a snowman, following the classical design. Then I’ll lift my leg and let it go Man, So all the world will know that it’s mine-mine-mine!

Straight from me to the fence post, flows my natural incense boast; Stay off my TURF, this small piece of earth, I marked it as my winter wonderland. 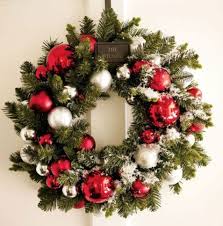 ‘Twas the night before Dog-mas, when all through the pound, Not a puppy was yelping or playing around. Our leashes were hung by our kennels with care, In hopes that St. Bernard would soon find us there.

Chihuahuas were curled up all snug in their beds, While visions of doggie treats danced in their heads. Max in his collar, on somebody’s lap, Had tucked in his tail for a midwinter’s nap.

When outside the room there arose such a clatter, My ears perked right up to hear what was the matter. Away to the window I jumped up with glee, And barked at the shadows that were cast by a tree.

The glow from the moon changed night into day, And started me thinking, “Woof, woof, time to play”. When, what with my puppy-dog eyes did I see, But a splendid dog-sled, led by doggies like me!

With a regal furred driver, commanding, not stern. I yelped to the others, “That must be St. Bern”! More rapid than greyhounds, our saviors they came, And we barked and we howled and called them by name.

“There’s Duchess! There’s King! fat Chance, and bare Buffy! On Fido, On Scooter! On Rover, and Scruffy! Go by the red hydrant and run past those trees! Nothing can stop you, not even some fleas!”

As puppies at play chase after a stick And race to their masters so lovely and quick, So out in the field his canines all flew, Catching the Frisbees that St. Bernard threw.

And then in an instant I heard at the door The scratching and clawing of each little paw…. As I pulled in my nose and was turning around, Through the door St. Bernard came in with a bound!

He was dressed all in fur from his head to his tail, His wood cask adorned with an icing of hail; A bag of chew toys he had brought in with him, And his mouth was turned up in what looked like a grin.

His eyes, how they twinkled! His ears flopped, how merry! His coat shone like crystal, his nose like a cherry! His big sloppy mouth was drawn up like a bow, And the fur on his chin was as white as the snow.

The stump of a bone he held tight in his teeth, And his collar encircled his neck like a wreath. He had a large face and a furry round belly, That shook when he barked, like a bowlful of jelly. He was fluffy and plump, a big cuddly old pooch And I laughed when I saw him and gave him a smooch!

A wink of his eye and a wag of his tail; We knew right away we’d have homes without fail. He howled not a howl, but went straight to his deed, And took down our leashes that soon we would need.

He opened the door and families stood there, With children, all smiling, and much love to spare. He leapt to his sled, to his team gave a call, And away they all flew as if chasing a ball. But I heard him exclaim, as he chewed on a bone: “Happy Dog-mas to all and to all a good home!”

I hope that these canine friendly Christmas poems have at least managed to raise a smile and thaw out some festive spirit!