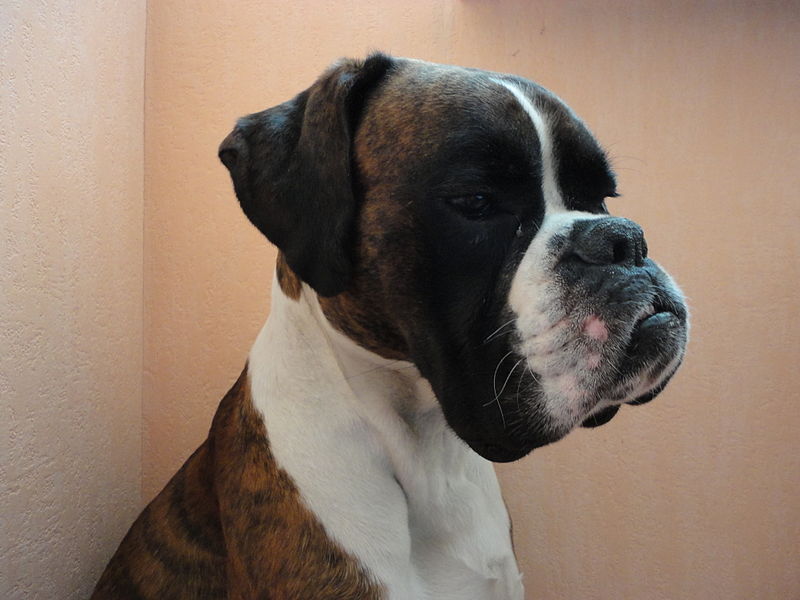 The friendly and mischievous Boxer hails from Germany and is sometimes known as the ‘Peter Pan of the dog world.’ This is due to their extremely long puppyhood; infact the Boxer is not considered fully matured until the age of three. 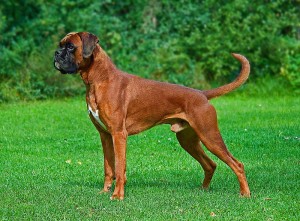 This young spirited pooch is a great family dog – loving and loyal. However, there is more to the Boxer than meets the eye and when WWI broke out, Boxers were enlisted into the military where they served as messenger dogs, attack and guard dogs. It was when soldiers returning from the war brought their dogs home with them that this breed truly took off. 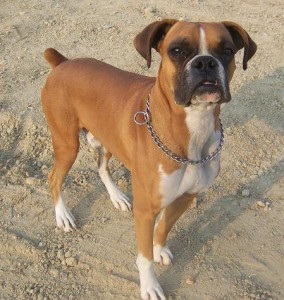 The wonderful boxer is comical and friendly, although they can be wary of strangers. When he is not clowning around with his family, the boxer is a watchful and graceful dog. Although generally healthy breeds, the Boxer can be prone to cancer with the lighter coloured dogs being sunburnt easily and affected by skin cancer.