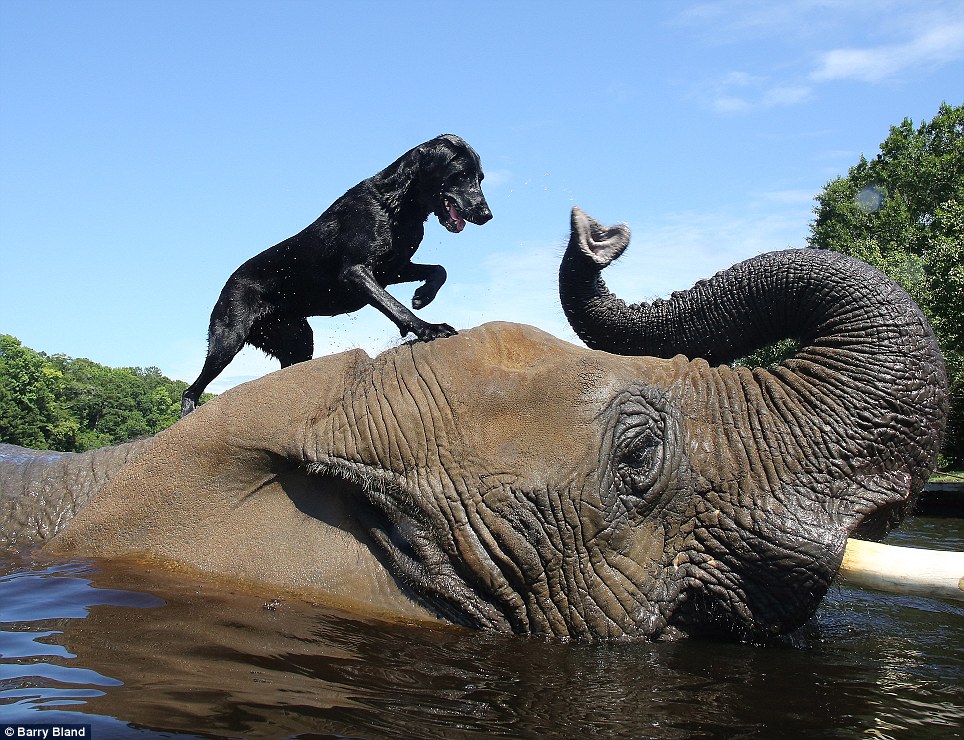 This video shows one of the most unlikely friendships ever – an elephant and a Black Labrador. We can’t stop watching this video, in fact we’ve probably watched it over 10 times today!

Bubbles, a rescued orphan elephant, and Bella the Labrador are the best of friends in this video as they play in a pool.

The adorable duo splash in the water, with Bella sliding down Bubbles’ trunk at one point.

“They just love to romp around together,” said Bhagavan Antle, director of the wildlife park in California where the animals live.

Antle came across the friendly giant as a baby when she weighed 340lbs and was 42in tall.

She was shipped over to the US after her parents were killed for their tusks, and Antle described her as  “small and helpless for an elephant”.

She has even found fame on the big screen, starring in Ace Ventura II and a Janet Jackson music video.