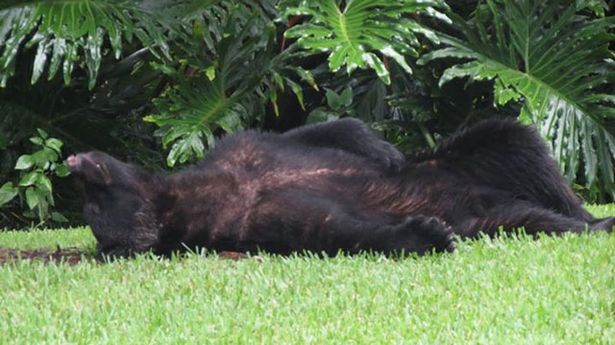 A Florida woman was shocked to discover a black bear had broken into her garage, eaten 20 pounds of dog food and subsequently passed out in her garden. Bob Cross told WFTV that his neighbour called him upon spotting the wild animal, he said ”(She) said there was big bear in her backyard.” 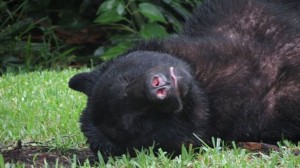 Mr Cross said that when he arrived at the house he realised the gravity of the situation; his thoughts were “That’s a big bear. That’s a huge bear,” Although Mr Cross is usually the go-to guy for neighbours who need little critters removing, he decided it was best to leave this one well alone. 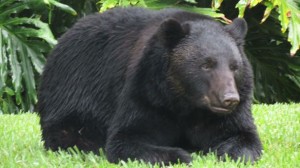 Apparently, the large beast had fallen asleep in the garden after finding his way into the garage and eating 20 pounds of dog food that was stored there. Fellow neighbour Art Fischer didn’t want the bear coming back and so hastily packed up the leftovers and put them away in his locked garage.

Vet battles to save Boxer who swallowed WHOLE riding crop