Artificial Sweetener Could Kill Your Dog 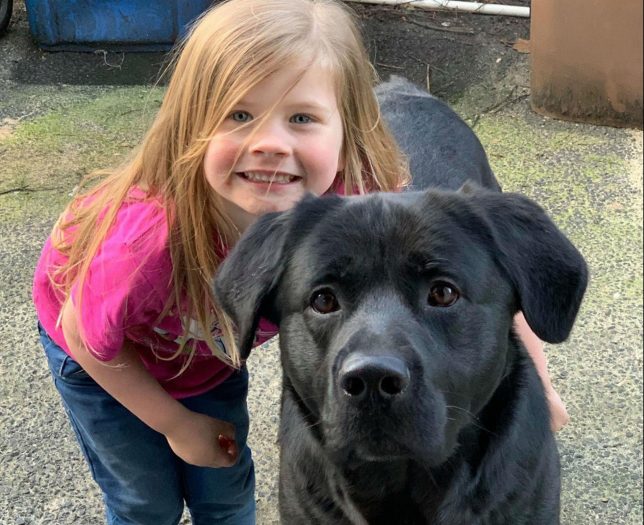 A recent story has brought to light just how dangerous artificial sweetener can be for our dogs.

In August of this year 3-year-old pup Winston, a Golden Retriever and German Shepherd mix, ate a piece of sugar-free chewing gum that contained the artificial sweetener xylitol.

Owners Kirsty and Dave, who have a 4-year-old daughter called Amelia, say Winston continued to chase a football around as normal, until 30 minutes after the episode where he began vomiting and become lethargic.

An emergency vet confirmed he had xylitol poisoning and put him on a glucose drip as he could no longer manage his blood sugar levels.

Sadly, Winston did not show improvement after they took him off the drip, and he passed away a few days later.

Kirsty is now trying to raise awareness of this deadly threat. She posted on Facebook:

“All dog owners need to be aware of the dangers of xylitol and how it’s in so many items just lying about your houses. Those brownies/cupcakes you made from a packet mix? Full of it. That pizza you got from the takeaway? Full of it. Your toothpaste, pasta, peanut butter, anything that says sugar free, it’s probably in there too. But it won’t be labelled xylitol, it’s labelled ‘sugar alcohol’.”

Why is Artificial Sweetener Safe for Humans but Not Pups?

The FDA has released official warnings in the past about how poisonous xylitol is for dogs. While safe for human consumption, it’s proven fatal to pups, and it makes an appearance in many foods that may surprise dog owners. A lot of dog owners use peanut butter as a treat for their dogs, but even this may contain it.

When consumed by dogs, xylitol creates a sudden rush of insulin in dogs that can send their blood sugar levels fatally low. Symptoms include vomiting, drowsiness, staggering, and seizures, and can result in death within days. It’s important to remember that just because something is safe for you to eat doesn’t mean it’s safe for your dog, too.

If in doubt, do your research and ask a veterinary expert.

Danish Design’s Plan to Tackle Plastic in the Ocean