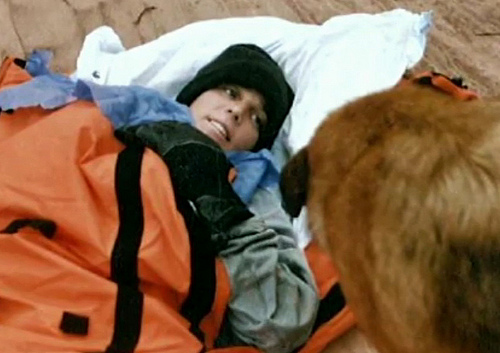 Danielle Ballengee was jogging along a canyon when she slipped and fell sixty feet, smashing the bones in her legs and pelvis. She attempted to drag herself to safety, but upon realizing it would be impossible due to the pain, she called to her dog Taz who had found his way from the top of the canyon to her side down below. Taz ran off to go get help and make sure someone could come and rescue his human. Just when Danielle thought that there may not be any hope, she heard Taz return with help and was rescued from the canyon. Without Taz, Danielle would likely not be alive now to tell this story. The line of communication between Taz and Danielle was tested that day and expanded to anything beyond her belief. As she states in the video, Taz was the one who took care of her that day, rather than the other way around. Amazing.