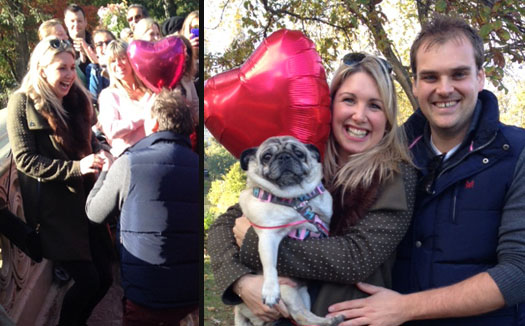 Well I never. It’s always kind of exciting as a woman (or not, depending on your persona) thinking about how you will get proposed to. That magical moment that slides straight into wedding planning, a ceremony, a reception, a house, babies, grandbabies, and then you’re eighty. But I’m getting ahead of myself a bit. I think proposals are very important. The ring is important, but more so it is important that your significant other makes it special. I personally don’t need a flash mob or a giant “will you marry me?” over the big screen of a sporting event, just something small and romantic, but this proposal, oh man. This man Ed who lives in London arranged for the New York City Pug Meetup group (yes, apparently it’s a real thing. Amazing.) and had them bring a bunch of pugs over to Bow Bridge where Ed was going to propose to his girlfriend, Alex. They wandered over with heart balloons tied to their collars, and these adorable little tags that Ed had made up for each of them:

Adorable. Still don’t think it’s for me, but it’s super awesome. Here are some more of the shots from the big day: 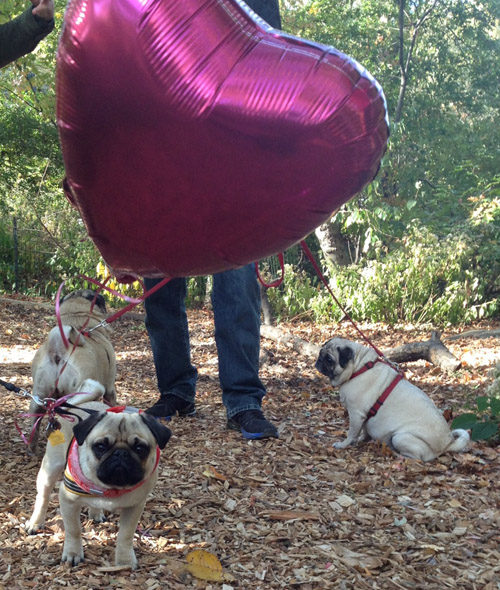 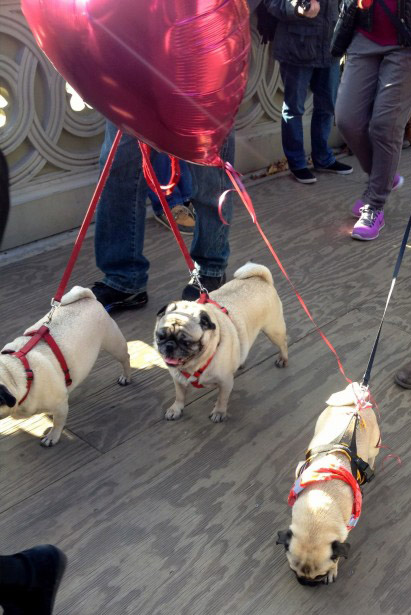 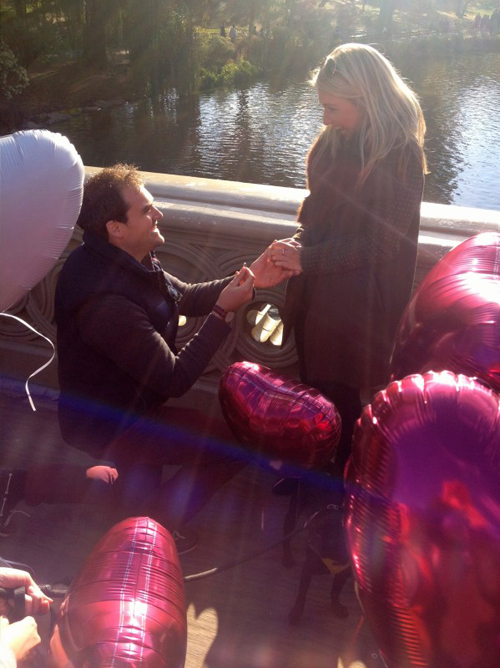 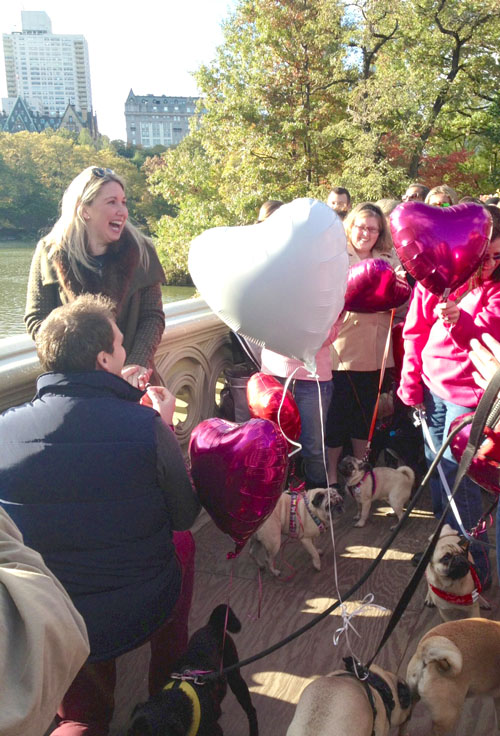 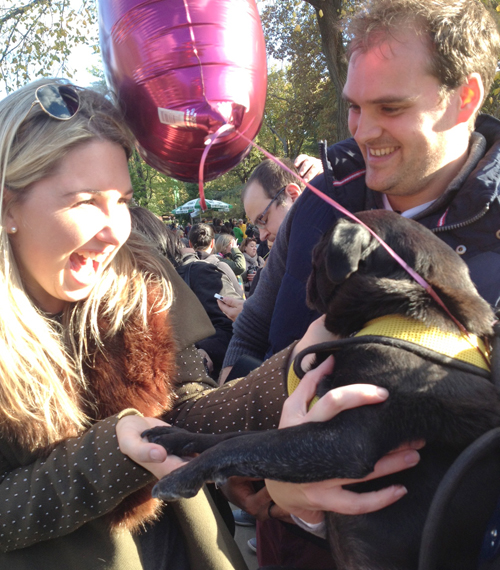 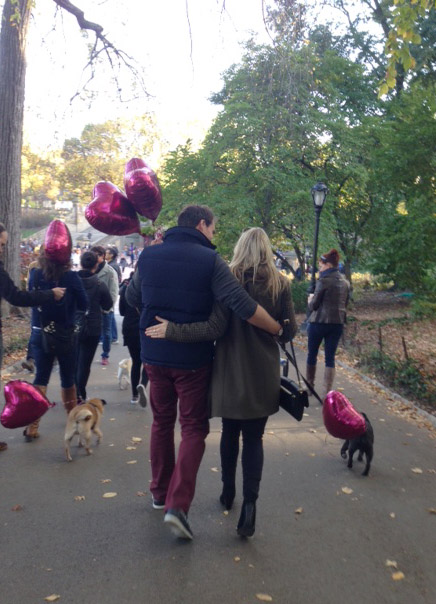 I love love. Especially love involving a bunch of puppies.