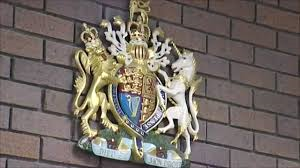 A Rottweiler who was adopted by a young couple ended up saving their lives when their home was broken into.

Kasha Marie Weston and her partner, Aryan Salhi were in bed with their dog, Rocky, asleep on the floor next to them. Suddenly, there was a loud banging on their front door. With Rocky barking wildly and the couple worried that he would wake the neighbours, they shut him in the bathroom while they went to see who was at the door. 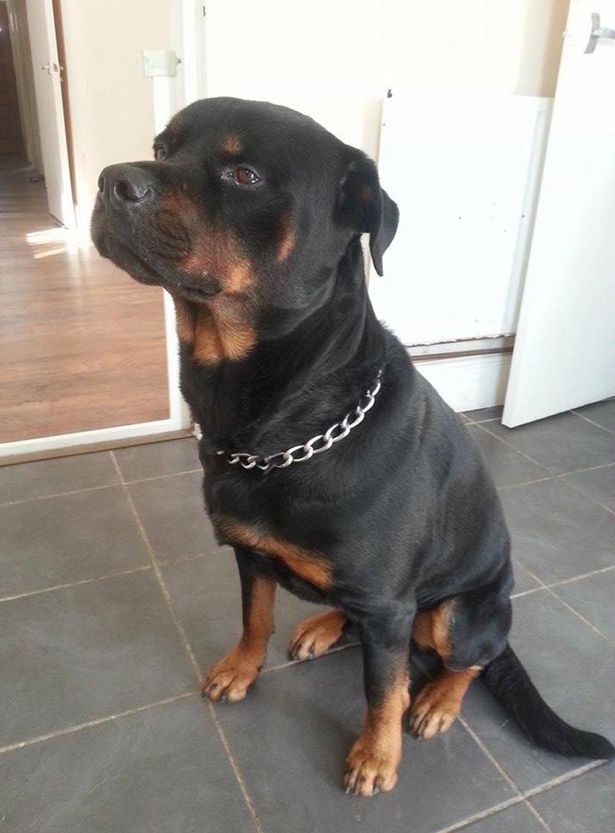 Upon opening the door the couple were overwhelmed by a gang of four men. ”They shouted, ‘Where is the money?’ We didn’t know what they meant.” Said Miss Weston who was five months pregnant during the attack. The gang grappled with the couple; dragging Miss Weston into the living room where one gang member held a knife to her throat. ”Aryan grappled with the other three and I could hear Rocky going mad in the bathroom. I begged them to leave us alone and told them I was pregnant, but they continued to rain blows down on Aryan.”

At that moment, Rottweiler Rocky crashed out of the bathroom and came bounding over to the commotion. Barking and baring his teeth, he terrified the intruders so much that they ran out of the front door but Rocky went straight after them. Miss Weston says ”Aryan checked I was okay and then ran after them.” She followed and saw Aryan and Rocky standing in front of one of the intruders ”He was saying ‘I’m sorry’ and Rocky was growling.”

Mr Salhi held on to the man and the police arrived. The couple gave their statements and made a massive fuss of their life-saving dog. ”Who knew what would’ve happened if he hadn’t been there?” says Miss Weston.

In September 2014 the intruder – Benedict Ayolla – appeared at Crown Court where he was sentenced to ten years in prison for aggravated burglary. His accomplices have not been caught.