A tin of Tesco dog food ‘exploded’ and prompted THIS complaint 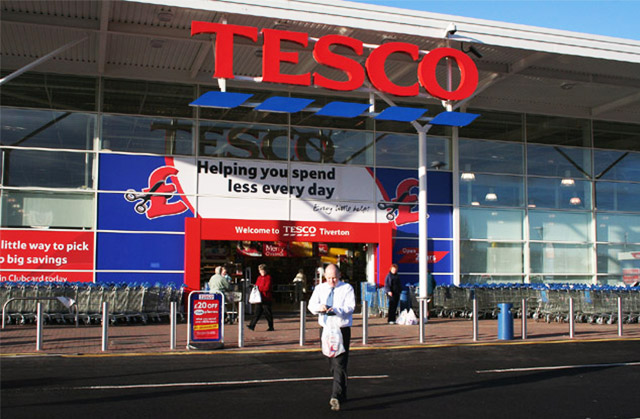 A tin of Tesco dog food reportedly ‘exploded’ in a customer’s kitchen prompting him to post a hilarious complaint online.

Dave Crissell told The Mirror that he was shocked to enter his kitchen and find dog food all over his walls and ceiling. He explained, ”I thought I heard something downstairs and my other half went to have a look and immediately said ‘You have to come downstairs, you’ll never believe this’. The place was filthy and who knows how it happened? It’s not like it had been sat in the sun or anything like that. I was just bemused more than angry because I’ve never seen anything like that before.” 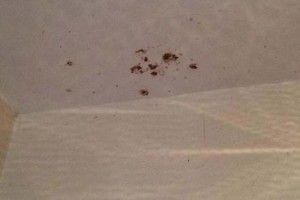 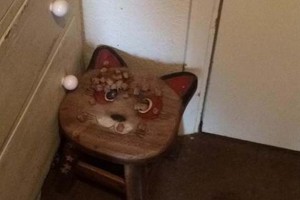 After cleaning up the chaos, Dave – who owns seven dogs and lives with his partner, a dog behaviourist – set about making a complaint to the supermarket.

”Morning Tesco, How are you this morning? I’m good, thanks. Well, actually, I’m not. Let me tell you why. Read on…

I awoke this morning to find that a can of Tesco dog food had made a successful attempt at freedom from its oppressive metal incarceration.

“The escape attempt was cleverly planned; the dog food had clearly computed the optimum escape velocity in which to break free from its aluminium torment…but the thing is Tesco, it got it a bit wrong.

“To quote Michael Caine, it was only supposed to blow the bloody doors off!

“I get that dog food wants to live wild and free, to frolic amongst the chew toys and dentastix in your pet isle. Wouldn’t you? Maybe not.

“Either way, blow the doors off it did, Tesco.

“And then some. In fact, it kept going, ever upwards, until it hit the ceiling in what appears to be a mighty splat.

“Now, I know this is unusual behaviour for dog food, Tesco. Very unusual indeed. I checked with our cats, just in case they rigged the can in a hilarious feline jape, aimed at scaring the dogs.

“They have assured me it wasn’t them, and that guerilla warfare against the mutts of the house isn’t really their thing.

“I’ve also checked the can to make sure the label doesn’t say you can use it as an improvised meat-mortar.

“Luckily, I can find no such reference to this.

So Tesco, as you can see from the images, I now have a ceiling covered in dog food that I can’t get off without ruining the paint, and an expensive piece of furniture which will be forever marked with the circular evidence of the marrowbone breakout.

“Which is a shame, as I quite liked them both, but now they’re sort of….smelly, too.

“Anyway Tesco, I think you get the picture. Just in case you don’t, I’ve attached a few more pictures so you can really get in to the moment. You’ll just have to trust me on the smell though.

“So, dearest Tesco, finest providers of all manner of goods, services and accoutrements, what happens next?

Luckily, his tongue-in-cheek complaint was met with a welcoming response from a Tesco representative and a spokesperson has said that Tesco will be investigating how the incident occurred.