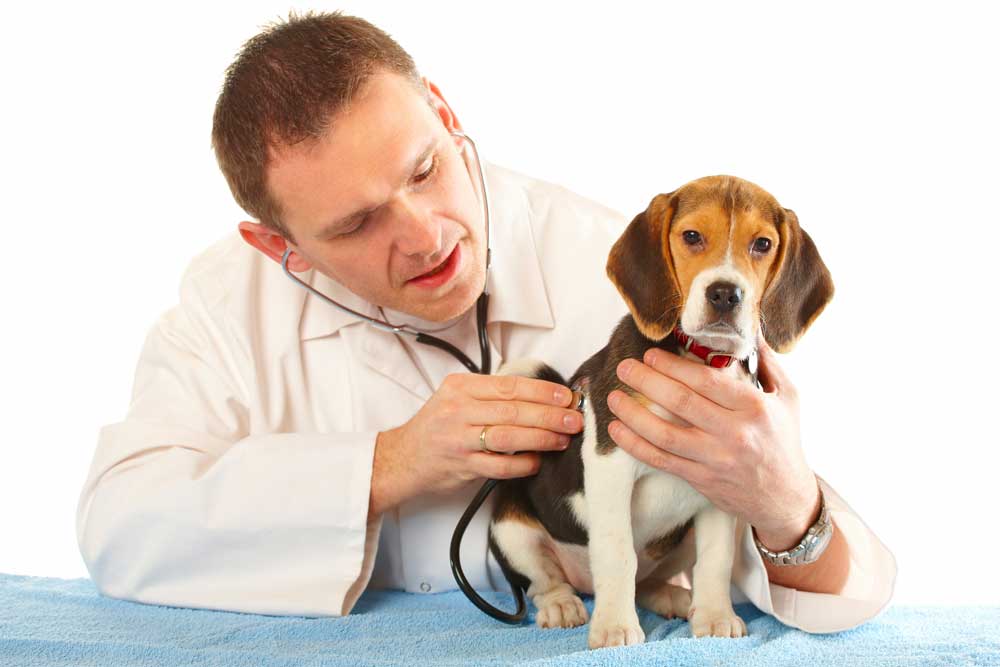 1. Dogs get our diseases

Humans and canines aren’t so different after all, at least regarding what makes us sick. About 6 million dogs are diagnosed with cancer each year, and dogs get canine versions of rare human disorders like the brain-wasting neuronal ceroid lipofuscinosis that leads to the inability to walk or control their muscles. While illness is sad for humans and pets alike, sharing diseases benefits both species. Clinical trials are easier to run on pets, giving doctors an animal model of human disease — and Fido a chance for a cure.

2. They can smell our diseases

If you have cancer, diabetes, or epilepsy, your dog might be the first to know. Studies have shown that dogs can be trained to sniff out cancers of the lung, breast, skin, bladder and prostate. Researchers suspect the canines are picking up on extraordinarily faint scents given off by the abnormal cells.

Dogs are also being increasingly used as service animals for people with diabetes, whose health can be harmed when their blood sugar peaks or drops. Specially trained dogs can detect the scent of these fluctuations (sweet for high blood sugar, acidic for low) and alert their owners before they even feel symptoms.

Most mysterious of all are scattered reports that dogs can predict an epileptic seizure 45 minutes before it begins. No one knows what the dogs might be picking up on, but theories range from an unknown smell to subtle behavioral changes.

3. They are smarter than you think

Dogs can be as smart as 2-year-old children, according to research presented in 2009 at a meeting of the American Psychological Association. Border collies are the top dogs in the intelligence category, with some in the breed capable of understanding up to 200 words. Poodles, German shepherds, Golden retrievers and Dobermans round out the top five smartest breeds. (The most popular breed in America, the Labrador retriever, comes in at number seven.)

Older breeds like hound dogs, bulldogs and beagles are among the slow learners of the doggie world, the researchers reported. Unlike newer dog breeds, which are designed for companionship and sociability, old breeds were bred to sniff and hunt, perhaps giving them more brawn than brain.

4. Your dog can carry diseases and make you sick

We’ve all heard the canard that dogs’ mouths are cleaner than humans (they’re not), but in reality, dogs can carry pathogens that harm humans. Rabies, a fatal neurological disease, is the most famous (remember Old Yeller?), though vaccines, mandated by law in most states, can stop the spread. In a few cases, dog food has been known to cause food poisoning in humans, thanks to contamination by Salmonella bacteria. Perhaps creepiest of all is a 2003 study published in The Veterinary Record, which found that humans could contract the parasitic roundworm Toxocara canis just be stroking an infected dogs’ fur. The roundworm, which grows in dogs’ intestines, can grow in the back of the eye in humans, causing blindness. They also sometimes take up residence in human livers and lungs. 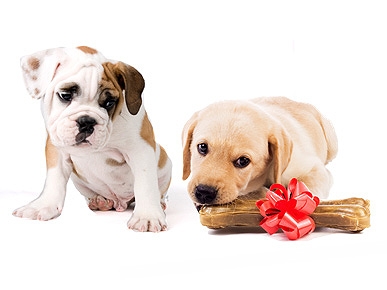 Dogs know when they’re not getting a fair shake. A 2008 study published in the journal Proceedings of the National Academy of Sciences found that when dogs saw other dogs getting treats for a trick they’d been performing unrewarded, the unrewarded dogs became agitated, scratching themselves and avoiding the gaze of the rewarded dogs. They also stopped doing the trick much faster than if they were alone and not getting a reward.

The dogs’ version of jealousy wasn’t as sophisticated as a human’s: The animals didn’t seem to mind if other dogs got sausage while they just got bread, and they didn’t care if another dog got food for nothing while they had to do tricks for a snack. But, the researchers wrote, the findings were good evidence that being green with envy isn’t just a primate thing.

Those puppy-dog eyes Fido gives you when you scold him over knocking over the garbage can for the umpteenth time aren’t a sign of guilt, researchers say. He’s just responding to your rebuke.

When dog owners thought their dogs had eaten a forbidden treat and reprimanded them, the pooches looked just as “guilty” regardless of whether or not they had actually eaten the treat. In fact, dogs who were wrongly accused of snack-snatching often looked more guilty than dogs who had really eaten the treat. Turns out those soulful eyes don’t reflect any soul-searching, after all. On the other hand, if your dog stays out of the garbage, it may be in for a longer life. Obedient, docile dog breeds live longer, according to research published in June 2010 in The American Naturalist. The study compared the energy use, personalities, growth rates and life spans of 56 dog breeds. After controlling for factors like body size, the researchers found that bold, aggressive breeds lived fast and died young. They grew faster than obedient, eager-to-please breeds, and also had higher energy needs. The findings suggest that in selectively breeding for personality, humans inadvertently tapped into linked traits like metabolism and longevity.

8. Dogs are the most diverse looking mammals

From the droopy Bassett hound to the sleek-and-slim Weimaraner, dogs show an amazing diversity in body shape. A study published in The American Naturalist in 2010 found that the differences between dog breeds’ skullsare as pronounced as the differences between completely separate mammal species. A Collie skull, for example, is as different from a Pekingese skull as a cat’s skull is from a walrus’s.

All of this diversity makes dogs a great species for studying how genes work, allowing researchers to link genes to certain traits — like what makes Shar-Peis wrinkly and dachshunds so stubby.

An estimated 1,000,000 dogs in the U.S. have been named as the primary beneficiaries in their owner’s will.