Warning: Creating default object from empty value in /home/749230.cloudwaysapps.com/mfbvzbapsm/public_html/blog/wp-content/plugins/wp-image-hover-showcase/includes/redux-framework/ReduxCore/inc/class.redux_filesystem.php on line 29
 The 10 things that happen when you get a puppy – Chelsea Dogs Blog

The 10 things that happen when you get a puppy

They’re finally here. The ball of fluff that you’ve been dreaming of for what seems like forever! You couldn’t sleep the night before because you were so excited. You went to the toilet seven times before you left the house to collect him because you were so nervous. You have been Googling ‘new puppy’ for weeks beforehand. However, today is the day. Your family has just grown by one very small and very hairy four legged friend.

However, a set sequence of things then ensue. They don’t have to be in this order, but they will happen. Some things you were prepared for. Some – on the other hand – you were certainly not.

You spend a lot of time – a lot – cooing over the new puppy. You knew it was going to happen, for sure. What you didn’t know, though, was that you could coo with such intensity. The voices you make are likened to a 2 year old. But you are 25. You have given the puppy 42 nicknames already; including but not limited to ‘Squishy’, ‘Cutie Pie’, ‘Baby Bear’ and ‘OOOOOHHHSSSAGOODBOY’.

You decide that the £200 you spent on puppy things the day before was not enough. You have had the realisation that maybe you should have got the blue lead after all and not the red. Or maybe you could have both. Yes, you’ll have both. You’ll have to buy another dog bed too; you’re just not sure that the puppy likes this one. Yes, you know it was £60. You know it is memory foam. He just needs another one, okay?! Don’t question me – I mean you. 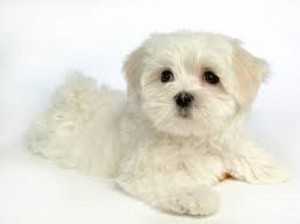 The puppy goes to the toilet in the living room. On the cream carpet. Okay, that’s okay… He doesn’t know any better! It’ll come out! Won’t it? Yes, yes of course it will. You try not to stress about it. After all, housebreaking is all part of the training! Training is part of the fun! You gather all of your cleaning products – damn it, you should have bought more cleaning products – and scrub helplessly at the angry yellow stain.

It’s been a tiring first day. You settle Squishy into his spanking new crate. You proudly stroke the Hugo & Otto crate cover with glee. Ah, you think, Squishy must love it in here. You shut the door securely – you don’t want Squishy to escape and hurt himself – wish him goodnight and head to bed. What a day! Your head hits the pillow and you fall asleep with ease. Wait. What’s that noise? Oh gosh, it’s getting louder. It’s SQUISHY! You won’t go to him. Oh no. You’ve read all about this on Google. He has to learn, you think. 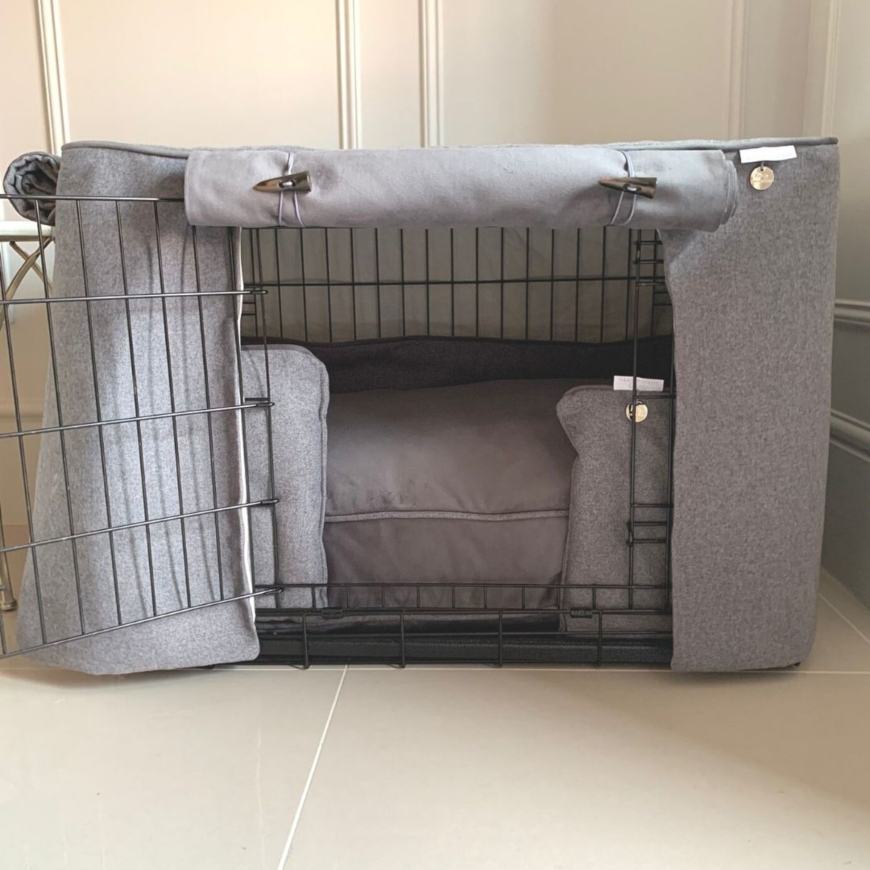 You get 2 hours sleep the first night. Cutie Pie was…er…restless? You stuck to your guns though – oooh yes. You taught him that whining and yelping aren’t okay. He could bark all he wanted! Oh and he did. Cutie Pie barked and barked. He barked past 2am but you buried your head in your pillow and vowed to ignore it. He barked past 3am and your husband swore loudly. You held fast though. He barked past 4am and you may have cried a little bit. Suddenly all was silent. You had won. You fell asleep faster than Hugh Grant falls into relationships. Hold on…what’s that noise? You didn’t set a 6am alarm. Oh. Yes, yes you did. His name is Cutie Pie and he is set to wake you up at 6am for the foreseeable.

OOOOOHHHSSSAGOODBOY has his first time at home without you. You’re dreading it. I mean, sure it’s just two hours but you’re still worried. All thoughts go through your head. What if he poops everywhere?! (He will) Oh, shoot! You forgot to shut your bedroom door. Well, you can live with OOOOOHHHSSSAGOODBOY leaving your bras and socks everywhere. That’s fine. Oh my gosh what if he tries to get on the sofa and falls off?! What if he breaks his back and you’re not there. Did you lock the door? Is the oven on??????

The puppy now sleeps in your room. You don’t know how it happened. Okay, you do but you don’t want to talk about it. Anyway, he sleeps in your room and that’s that. It’s not like it’ll be forever. He’s just settling in anyway. He really didn’t want to sleep in his crate. Actually it could be a sign. What if we get burgled and they took him?! He probably knows something. Dogs are very intuitive. Your Gran told you that.

When you take your puppy for walks you’re suddenly very aware that he doesn’t know how to do it. You know that Squishy means well. He definitely wants to walk nicely with you. He just doesn’t know how… So he stops every three metres to chew on the luxury lead you bought him. That’s okay, you also bought a spare luxury lead. Phew! And you’re husband said you were wasting money! Well, you’ll show him.

The advanced-nutrition-organic-scientific-gluten-free puppy food that you bought doesn’t agree with Cutie Pie. How do you know? He told you. He told you all over your carpet. He also told you on the pavement earlier; in front of a bus stop. A pretty busy bus stop. A pretty busy bus stop; full of people who were very curious to see how you intended to pick up the liquid faeces that Cutie Pie has just emitted. 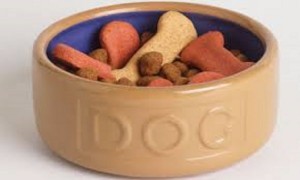 The puppy learns his first command. It doesn’t matter which one either. It could be that he asked to go outside for the toilet. It could be that he slept quietly in his crate. He may have even stopped chewing your post (okay, okay that’s because you got a letter box cage). Whatever it is, he’s learnt it. Because he is a genius. He is a cute, bundle of geniusness and he’s yours. And it’s all worth it.