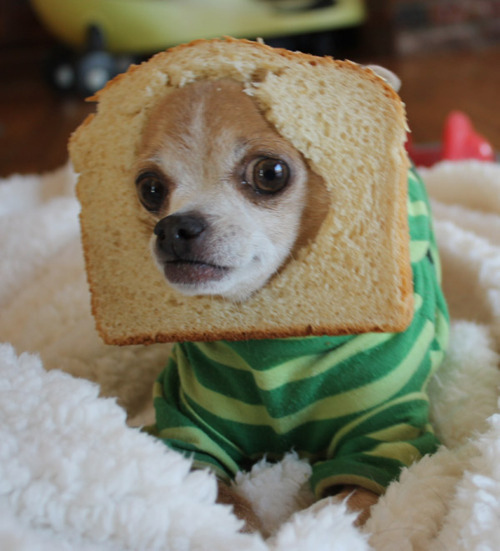 This past Halloween I took Lucas to the pet store to get him a costume. We tried on everything – a hot dog, a banana, a pirate, a baseball player – but nothing seemed right for him. Eventually I decided that he just looked ridiculous, I took a few snaps of him in the costumes, and we left the store. These dogs’ owners were on the same wavelength. I’m not sure how some of these dogs got to looking like they do, but it’s hilarious either way. [Source] 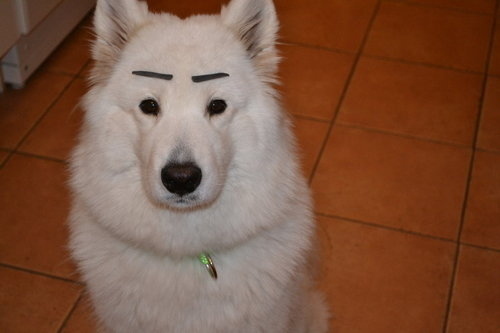 I can’t even put into words how great this is. 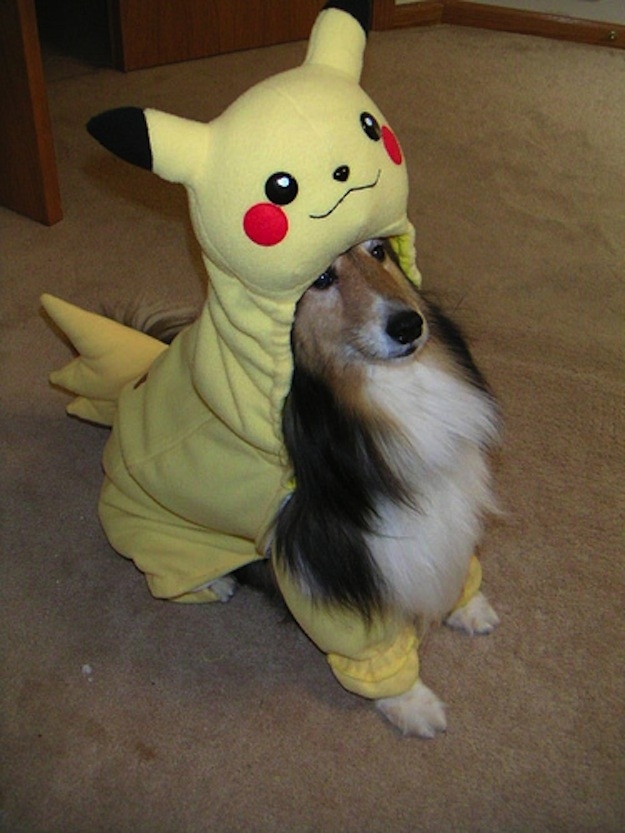 I didn’t think that people were still into Pokemon, so this must have come out of a very dusty old box. I’m glad it did. 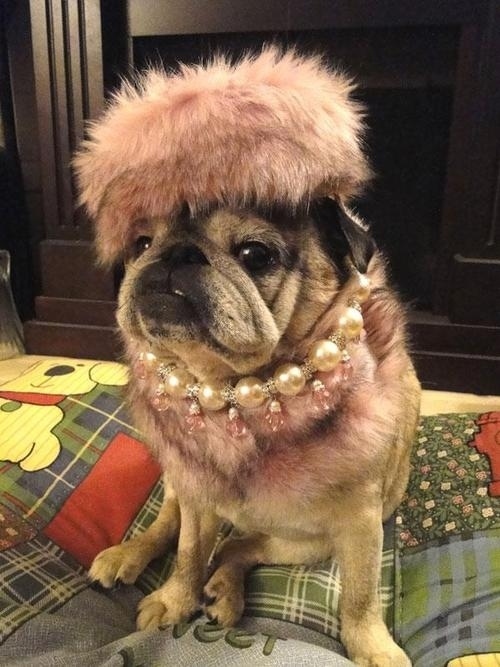 All I can think of here is Jack Dawson’s description of Madame Bijoux in Titanic. 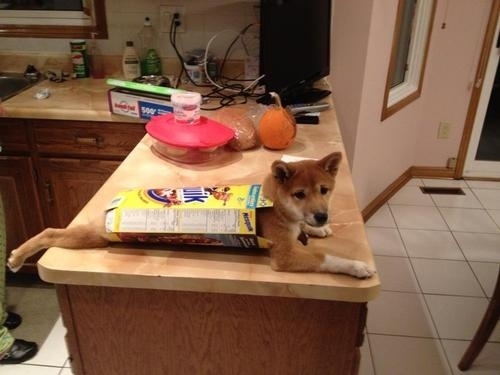 When you finish your cereal, but your dog in the box to trick people. 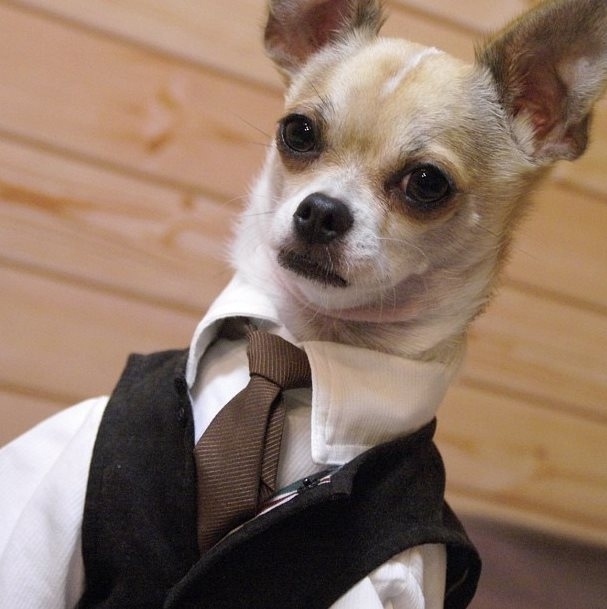 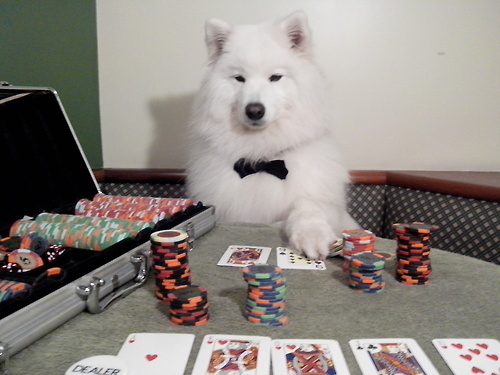 Looks like he lost the job to this guy. His bow tie is a little straighter. 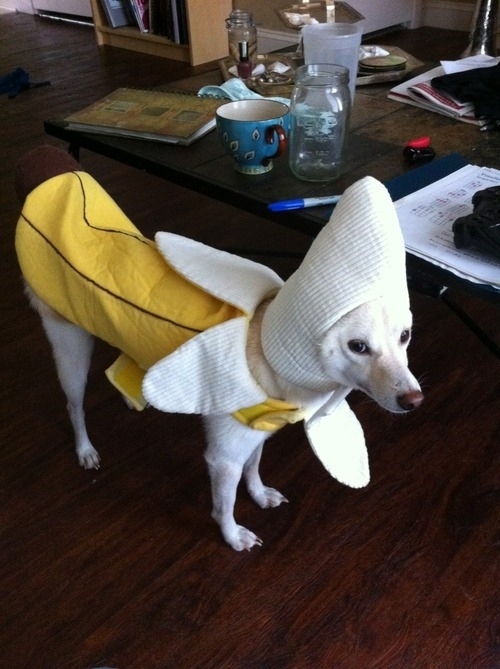 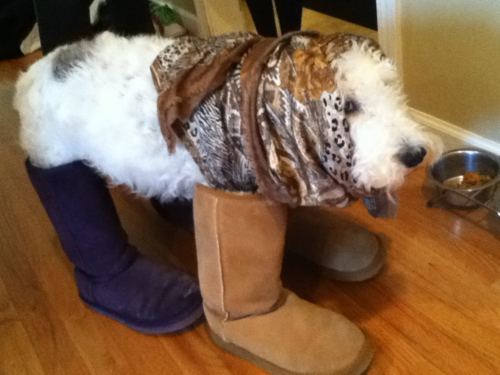 Putting the UGG in ugly. 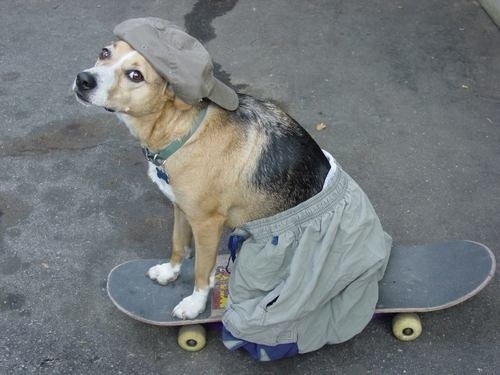 This dog looks like he’s straight out of the 90’s. Is it weird that I feel nostalgic?

Just don’t get crumbs in the blanket. 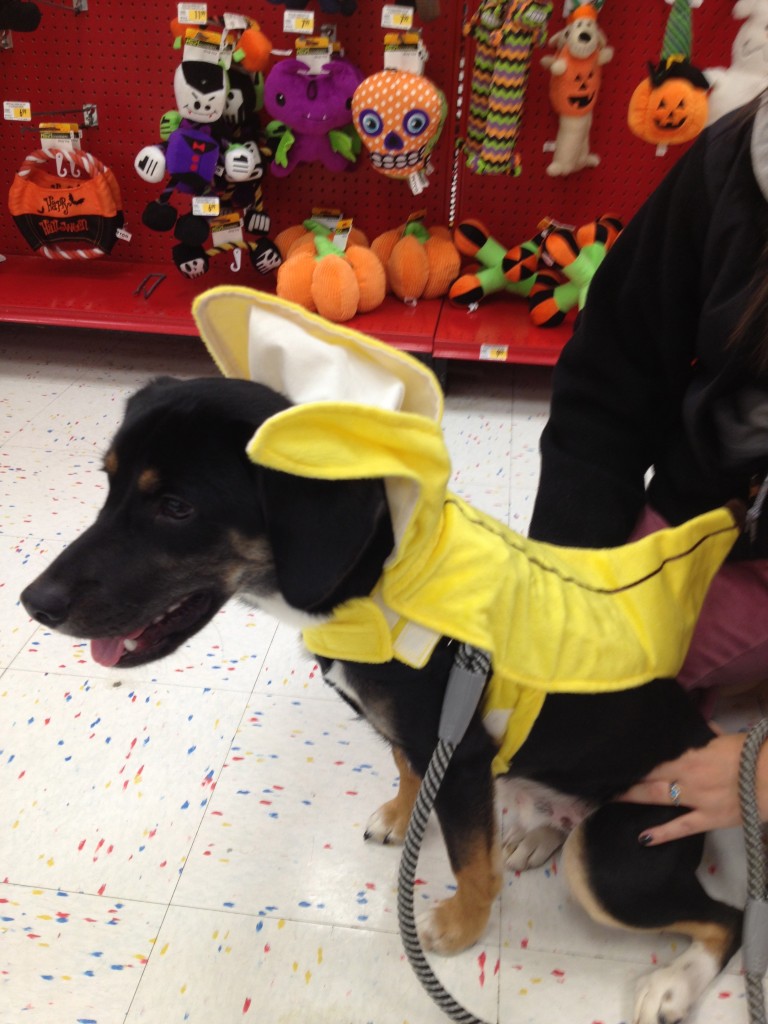 This is Lucas. As a banana. Priceless.

This is funny stuff, people.